Guest-post by John Johnson, professor of Astronomy in the Caltech Department of Astrophysics. His research is on the detection and characterization of exoplanets. This post is a re-post from his blog. Thank you John for being willing to share this with our community.

I remember waking up in a cold sweat one night in early 2010, about six months after I joined the faculty at Caltech. I woke up to the terrifying realization that I didn't have a contingency plan for my family for when I would inevitably be either let go or denied tenure. Erin woke up wondering what was wrong with me and I told her that I was sorry, but it was only a matter of time before my colleagues discovered how little I know about astronomy. They were going to discover that they made a mistake in hiring me as a professor.

I remember this event vividly, and I can even recall the feeling that I was thinking critically and purely objectively. It's really amazing that I made this self-evaluation despite my achievements, my publication record, the job offers I had the year before, and the praise that I've received from my community. None of this mattered to me because I had managed to either fool everyone, or I simply worked much harder than my intrinsically talented peers. There were smart people (others), and people (like me) who had to work twice as hard to break even.

Since that time I have received counseling and treatment for acute anxiety, as I have written about previously. I now recognize that I was also suffering from something called the Impostor Syndrome. Many people, including myself, have heard about impostor syndrome, but few understand the symptoms. Further, when suffering from the syndrome, one has a tendency to feel that they alone are judging themselves objectively while everyone else is fooled by a partial picture of reality. While others might suffer while actually being good at their jobs, I'm the true exception. I know I'm not good enough while others are. 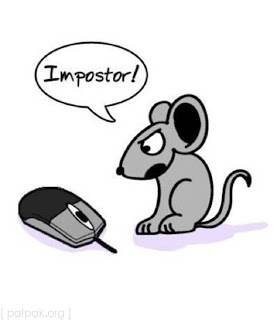 Thus, it was a revelation to read an article on the topic from two years ago in the AAS publication on the Status of Women in Astronomy. The article is entitled Women and the Impostor Syndrome in Astronomy (however, as noted in the article, men can be affected, too). I'll cover the striking results of the survey in a later post, or you can (should) read it yourself.

This post is about the symptoms of the Impostor Syndrome, most of which I instantly recognized, either in my own past behaviors, or in the behavior of other astronomers:

Langford and Clance (1993) wrote that the syndrome is defined by ?believing that one?s accomplishments came about  not through genuine ability, but as a result of having been lucky, having worked harder than others, and having manipulated other people?s impressions.? One key aspect of the imposter syndrome is the attribution of your own success to factors beyond your control, such as luck, while attributing the success of others to skill or knowledge.

But it is not just external factors to which those with the imposter syndrome attribute their successes. People with the imposter syndrome can also discount their successes by attributing them to hard work, while believing that others sail through based on natural talent. Another version of the imposter syndrome is to feel that you have in some way, probably not consciously, tricked or fooled your colleagues into believing that you are much smarter than you really are. Perhaps you studied really hard and made a high score, but secretly you ?know? that these achievements don?t reflect your true ?inadequate? self.

The goal of this post is to get this information out there into the community. This is a real, widely recognized psychological phenomenon. The human mind is extraordinarily complicated, and we have only just recently begun to understand the mind on a quantitative, predictive level. But we do understand certain qualitative manifestations, and this syndrome is one.

Of course, the paradox is that people suffering from the impostor syndrome make the implicit assumption that they alone know the truth about their own abilities (at least until they get "found out.") This came up during a recent discussion I had with students in a prestigious astronomy department. After talking about the syndrome, one individual said, "Yes, I see how others could experience that. But what if you know that you are the exception?"

Well, there's a logical response to that question: you are here at one of the most elite universities in the world, the committee who selected your application from the hundreds submitted is staffed by highly capable individuals, and it was not in their best interest to be sloppy enough to admit low-ability students. So the prior expectation of a mistake is very small. As a chair of an admissions committee at a top university, I can attest to this low likelihood of making the mistake of admitting an untalented student. It takes a lot of money, time and effort to train a first-year grad student. We count on that investment paying off in years 2 through ~5, and we are badly hurt by having a student fail after the first year. Further, assuming that you have the ability to fool an admissions committee, or several committees, is, in itself, an overly flattering assessment of one's ability! It's just far more likely that the admissions committee made the right assessment. 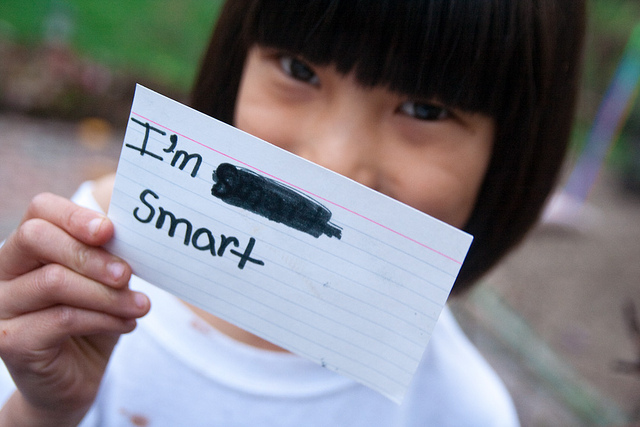 Unfortunately, in matters of the human mind, logic does not always hold sway, even for the smartest people. I am very fortunate to now recognize my own abilities. It took work, but I am now on the other side. After I give talks, when people compliment me I can simply say, "Thanks! I really appreciate your feedback," instead of ducking my head, murmuring "thanks" and assuming that I've fooled yet another scientist. I can truly hear the compliment and allow it to motivate me.

It's an awesome feeling, and a wonderful world to live in. If you have even the slightest inkling that you may have the syndrome, please seek counseling. Do it for yourself. But also do it for the community. Astronomy, and science in general, is stronger when you hold your head high, present your research with confidence, and boldly forge ahead with exploring the Universe.


- The Best Part Of My Week
Two years ago I made the transition from academic science to data science. There are many aspects of industry that mesh better with my working style. However one very important industry practice that I feel is lacking in academia (at least for many of...

- Cswa Townhall - Recap
The CSWA hosted a Town Hall meeting at the Indy AAS meeting on Tuesday, June 6, from 12:45 to 1:45 in Wabash Ballroom 3.  Around 40 people, including three previous CSWA chairs, were in attendance to listen to current chair, Joan Schmelz,...

- Menstrual Cycles
I was recently asked to be member of a panel to discuss issues around Women in STEM.  I've participated in several of these panels before and so I was expecting the normal topics: unconscious bias, impostor syndrome, work-life balance, family...

- Women In Astronomy & Space Sciences: Live-blogging Wednesday Morning Part I
I got up feeling much better this morning, but wasn't quite able to make it in time, so I missed Anne Kinney's remarks and most of Ed Weiler's keynote address. The one comment about Weiler's address I did catch: E/PO is crucial, children...