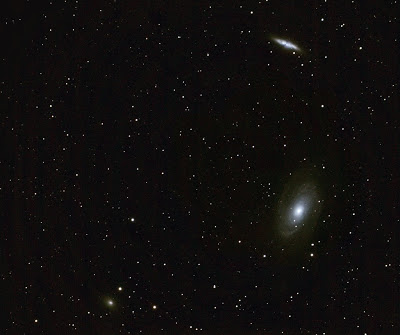 
- Supernova In Galaxy M51
Earlier this summer, a Supernova appeared in the M51 galaxy in constallation Ursa Major. The Supernova is show marked with a circle from a image taken 17 of September 2011. As comparison I have added a image I took in 2009 of the same galaxy....