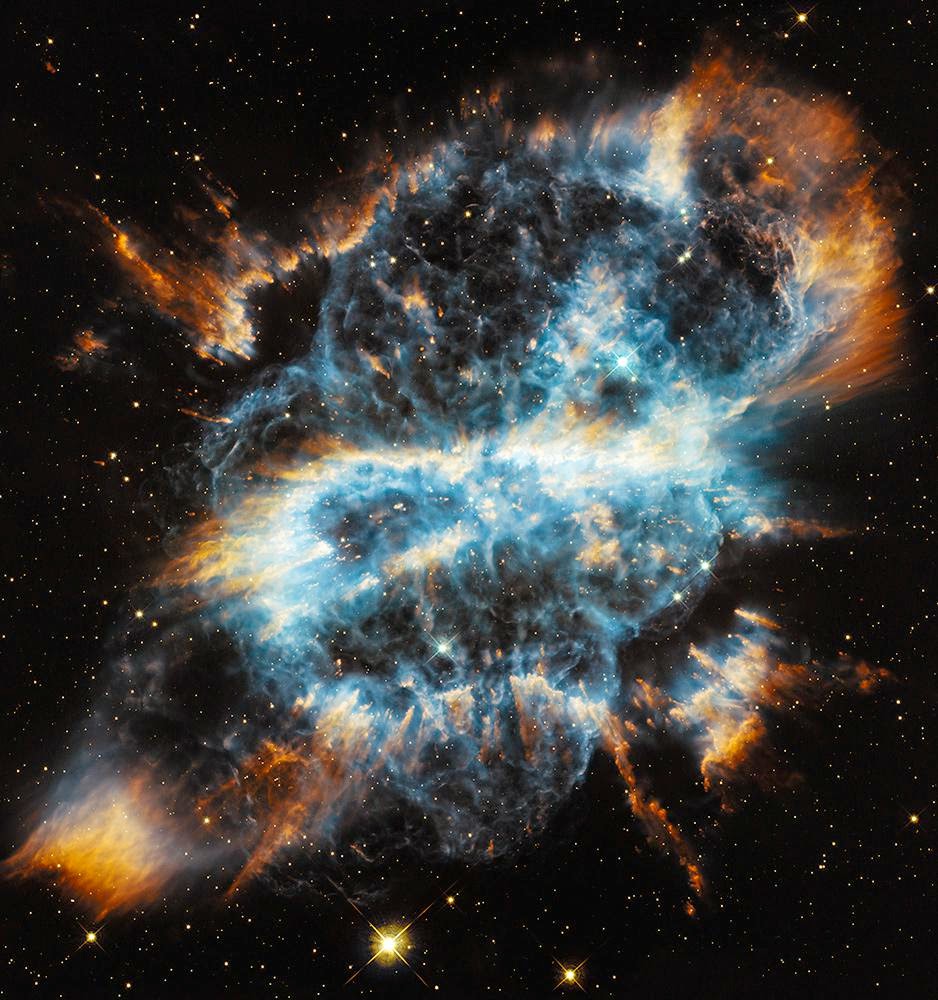 NGC 5189 is a planetary nebula spans about three light years and lies about 3,000 light years away toward the southern constellation of the Fly [Musca].
Seen through a telescope it seems to have an S shape, reminiscent of a barred spiral galaxy.

- Fireworks In Helix Nebula
Image taken by Subaru Telescope shows comet -shaped knots lighting up the Helix nebula. A nebula is cloud of gas and dust in space. Some nebulas are regions where new stars are being formed, while others are the remains of dead or dying stars. Nebulas...

- Hubble's 100,000th Orbit
The Hubble Space Telescope has just recently completed its 100,000th orbit around Earth today, August 11, 2008. The telescope reached that milestone above the Pacific Ocean (Illustration above). It has been a long journey for this famous telescope, 18...

- The Fox Nebula
Fox Fur Nebula is located in NGC 2264 Region and lies in the constellation of Monoceros.This interstellar beast is formed of cosmic dust and gas interacting with the energetic light and winds from hot young stars. The shape, visual texture,...