Was NASA "Moon bombing" a success ? 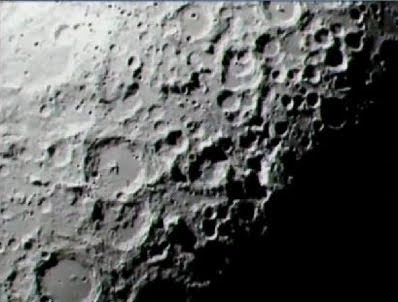 NASA's Lunar CRater Obsevation and Sensing Satellite (LCROSS) impacted the Moon's crater Cabeus on October 9, 2009 near the South Pole to find if the permanently shadowed crater might be hiding water.
NASA previously eatimated that the debris plume would be witnessed by viewers on Earth with a 12 inch or large telescope , but no one on Earth witnessed it and the images broadcasted by LCROSS also did not showed debris plume.
However, LCROSS captured some high quality data.


- Water Found On Moon Surface
My earlier post was Was moon bombing a success now LCROSS team has successfully found water on permanently shadowed lunar crater . The team was able to observe 25 liters of water with spectroscopic telescope. The team has also found some components such...

- Moon "bombing" To Probe Water
On Friday that is today 9th September, 2009 a NASA spacecraft known as Centaur will crash on the South pole of Moon with a force that will throw 350 tonnes of lunar debris and create a 13-foot-deep-crater. Soon four minutes after the crash another spacecraft...

- New Map Shines Light On Moon?s Shadowed Craters
A new high resolution map of the Moon?s rugged south pole region provides new and unprecedented detail of permanently shadowed craters that could be hiding water ice deposits. The discovery of water ice reservoirs on the Moon would be a significant...

- Chandrayaan Likely To Join U.s Spacecraft For Water Probe
India's Chandrayaan-I probe will be joining two U.S spacecraft to be launched this year in looking for water on the Moon. NASA plans to launch the Lunar Reconnaissance (LRO)as well as the Lunar Crater Observation an Sensing Satellite (LCROSS) on an...